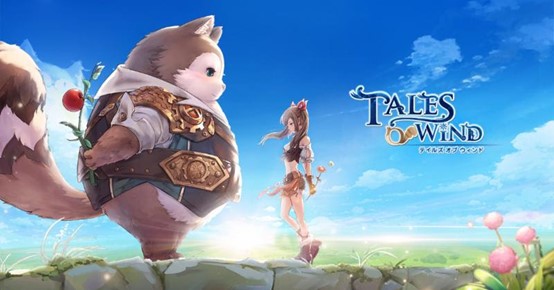 NEOCRAFT announced today that the upcoming action MMORPG, Tales of Wind, will launch globally at the end of April in 2019 on Google Play and the App Store.

Tales of Wind takes place on Arlesdore, a fantasy continent where demons appeared thousands of years ago. Several of these demons, known as “Calamity Lieges”, were considered to be the most terrible of all. It’s up to the player to discover the truth behind their appearance in order to bring light back to the world.

While customizing your own character, you can select from four completely different classes:

Warrior – Vanguards on the battlefield, they are courageous beings with minds of steel

Assassinator – Dark fairies who walk a path between life and death

Cleric – Preachers who are the manifestations of love and faith

During their adventure, players can defeat powerful monsters to seal their essence into a soul card. These soul cards can be used to harness their power by transforming the adventurer into the summoned monster and granting them devastatingly powerful skills. With countless PvE, PvP, and GvG (Guild vs. Guild) modes, you can be sure there will always be someone to fight with, or alongside, in Tales of Wind.

Besides the mysterious dungeons players can explore, there are also more than 20 different casual activities, including racing, shooting, quizzes and etc. Players are able to change their outfits and capture cute mounts in this open world. And most importantly one can meet the destined romance in this fantastic journey! Go get married in Tales of Wind!

Don’t you want the Pioneer Reward? Stop hesitating and pre-register at following location!